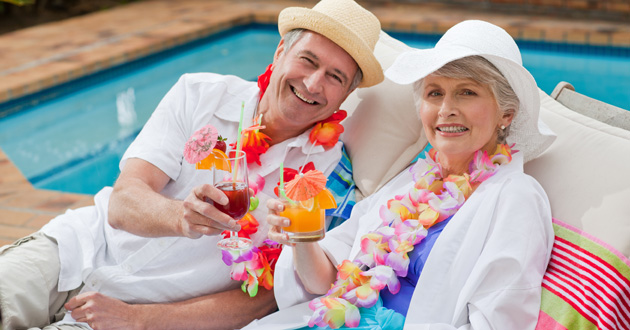 As a Senior Housing advisor, I meet many people considering a move to a senior living community.  Interestingly, I’ve noticed a trend.  Younger people (baby boomers) are considering a move to senior living retirement community. Since many of these folks are or have had had to deal with aging parents; they want to plan ahead and not be a burden to their spouse, partner or children.

The baby boomers (people born between 1946- 1964) have arrived.  The number of Americans ages 65 and older is projected to more than double from 46 million today to over 98 million by 2060, and the 65-and-older age group’s share of the total population will rise to nearly 24 percent from 15 percent.

Living Longer. Men who will turn 65 in 2030 can expect to live six years longer than those who turned 65 in 1970, according to the Urban Institute analysis of Social Security Administration data. The life expectancy for women at age 65 increased by four years over the same time period. “The gender gap in longevity is shrinking, and we are projecting big declines in the share of older women who become widows,” says Richard Johnson, a senior fellow and director of the program on retirement policy at the Urban Institute

Better health. Most people are also enjoying better health during their longer life spans. The proportion of adults age 80 and older reporting fair or poor health fell from 43 percent in 1998 to 34 percent in 2012, according to an Urban Institute analysis of University of Michigan Health and Retirement Study data.

Ethically diverse. The older population is becoming more racially and ethnically diverse. Between 2014 and 2060 the share of the older population that is non-Hispanic white is projected to drop by 24 percentage points, from 78.3 percent to 54.6 percent. The changing racial/ethnic composition of the population under age 18, relative to those ages 65 and older, has created a “diversity gap” between generations.

Working longer. Many baby boomers are working into their older ages than the generation that came before them. The proportion of men between ages 62 and 64 who are working or looking for work increased from 45 percent in 1994 to 56 percent in 2014, according to Bureau of Labor Statistics data.  Technology allows people to work remotely from home and connect with people all over the world.

Health care demands.  Demand for elder care will also be fueled by a steep rise in the number of Americans living with Alzheimer’s disease, which could nearly triple by 2050 to 14 million, from 5 million in 2015.  The aging of the baby boom generation could fuel a 75 percent increase in the number of Americans ages 65 and older requiring nursing home care, to about 2.3 million in 2030 from 1.3 million in 2010. It  is estimated by the year 2020, nearly 12 million people will need long-term care, and this number is sure to grow with the aging baby boomer population [fusion_builder_container hundred_percent=”yes” overflow=”visible”][fusion_builder_row][fusion_builder_column type=”1_1″ background_position=”left top” background_color=”” border_size=”” border_color=”” border_style=”solid” spacing=”yes” background_image=”” background_repeat=”no-repeat” padding=”” margin_top=”0px” margin_bottom=”0px” class=”” id=”” animation_type=”” animation_speed=”0.3″ animation_direction=”left” hide_on_mobile=”no” center_content=”no” min_height=”none”][source: Medicare.gov].

Retirement communities of today.   The challenge faced by many of  existing senior living communities is how do you attract a younger clientele when the current resident population has been living at the community for the last 10 to 15 years and are much older.  Activities and dining are geared towards the existing population and not the new customer walking through the door. Change is never easy, however if the senior community can make a paradigm shift in their thinking, they may have a golden opportunity to attract these baby boomers.   This new generation of residents want choices and flexibility.  They are health conscious and expect a high level of service.  Activity programs that end at 4:00 pm are not going to do it for these folks.

The cruise industry made the shift.  Senior living communities need to follow.  10-15 years ago, the only people who went on cruises were basically senior citizens.  Now, cruises offer ‘experiences”  and offer personal services that are catered to the individual.  You can get a personal massage or have enjoy a romantic candlelight dinner with your partner.  How about a Zumba class or a nature excursion off the boat.  Choices. Flexibility. Catered Lifestyle.

The age wave is coming ashore.  It’s time to put on your baggy shorts. grab your board and catch the wave.

For more information, go to www.seniorhousingsolutions.net